Are Curtailments a Balanced Water Use? 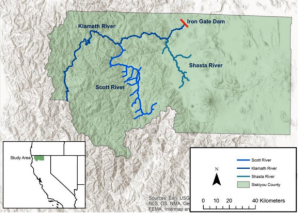 California’s water supply continues to face serious challenges and nowhere is the evidence clearer than on the farms that grow our food. Some of the most critical shortages expected this year extend from the Klamath Basin and Scott Valley, near the Oregon border, to Bakersfield at the southern end of the San Joaquin Valley. This 450-mile stretch includes some of the most productive farmland on the planet, where the ongoing drought threatens thousands of farms.

And it’s not just farmers who will suffer the consequences of vanishing water supplies. Consumers also face uncertainties when it comes to the food they buy. It’s hard to imagine empty shelves at the grocery store but the evidence of food shortages is already here in the form of higher prices.

In the Scott Valley an unprecedented water curtailment by the State Water Resources Control Board is aimed at reducing the use of irrigation water from both the Scott River and the area’s groundwater basin. Unlike most of California, this area is not served by the large state and federal water projects, nor does it have any reservoirs. The water in the Scott River and underground wells is the sole supply for these farmers on their 30,000 acres of irrigated land, located within a 512,000-acre watershed. This mountain valley primarily produces alfalfa and grass hay, pasture, grain, and cattle. Besides two organic dairies, beef production is either organic or conventional pasture-based for popular markets.

And unlike other areas of the state experiencing critically overdrafted groundwater basins, the Scott Valley basin is designated a “moderate priority,” with a Groundwater Sustainability Plan (GSP) recently completed for SGMA and submitted to CDWR for approval.  Despite this concerted effort, farmers in the area are wondering why another State agency is ignoring their GSP strategy and is forcing them to cut all groundwater use as part of the surface water curtailments on the Scott River.

Retired local watershed consultant, Sari Sommarstrom, said the inclusion of all agricultural wells in this drought emergency order appears to be a new extension of the State Water Board’s water rights enforcement powers. – an action that other well users in the state should be aware of. The agency asserts that this severe curtailment is needed to protect Coho salmon, a species listed as threatened under the state and federal Endangered Species Acts, from going extinct.

“If minimum instream flow targets designed by the California Department of Fish and Wildlife (CDFW) to protect salmon are not attained each month, all ag water diversions – under both junior and senior water rights – will be cut back 100%. A 30% reduction option is available for well users through negotiation but is not guaranteed. Many irrigators fear the permanent loss of family farms this year if no irrigation is allowed.” Scott Valley organic rancher Gareth Plank adds, “It’s important to know that a 30% water curtailment translates into a 90% income reduction.  Farming in a region with a short growing season necessitates utilizing 100% of those precious frost-free days.” 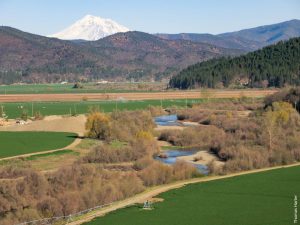 Further, hydrologic modeling done by UC Davis water experts shows the target flow the Board is trying to achieve with these draconian cutbacks could not be met even with zero irrigation.

Sommarstrom, who helped create the Scott River Water Trust as a win-win option for fish and farmers, commented: “The California Water Code requires ‘reasonable’ decisions among competing water uses, yet the State Board is asking for the beneficial use of water for fish to almost entirely supersede the beneficial use for agriculture, which is not ‘reasonable’. And the Public Trust Doctrine seeks a ‘balance’ of uses, yet this curtailment is not a balance.”

The Scott River, she said, “currently represents the largest Coho population in the Klamath River system with an annual average of about 800 adults, similar to estimates for the Scott made by CDFW back in the 1960s and a significant improvement over 20 years ago. Its trend does not indicate any probable risk of “extinction”.

“CDFW agrees that local restoration efforts have helped lead to this significant increase in the salmon population,” leaving her questioning the Coho population rationale as the necessity for the State Water Board’s unprecedented measures in the Scott River watershed.

Plank added, “It’s astounding that after so many years of collaborative efforts with their corresponding successes that the state would want to blow it all up with an ill-conceived draconian plan.”

This year is going to be rough for farmers throughout the state. In situations like this, California’s leadership must take into account the dire situation for farmers with few options and even less water when they’re making decisions that could end farming for thousands of people and the rural communities in which they live.