Despite concurrence among five State and federal agencies, a single State employee reversed a plan that would have delivered desperately needed water to most of drought-parched California. The decision is currently costing California water users about 2,000 acre-feet of water per day. 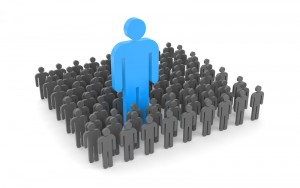 SWRCB Executive Director Tom Howard has placed himself above the experts at five State and federal water and fishery agencies.

A decision yesterday afternoon by State Water Resources Control Board Executive Director Tom Howard is already causing a loss of precious water supplies to two-thirds of California’s population and seven of the top 10 agricultural producing counties. Howard rejected a plan by the State Department of Water Resources and United States Bureau of Reclamation that would have allowed limited increases in export pumping under certain flow conditions in the Delta. The State Department of Fish and Wildlife, U.S. Fish and Wildlife Service and the National Marine Fisheries Service all agreed that the additional pumping did not pose an unreasonable risk to threatened or endangered salmon and Delta smelt.

In his rejection Howard said, “…there is not currently adequate information to indicate that this export level is reasonable given the current status of species and their distribution in the Delta…” He further stated that, “…water supply tradeoffs are not clear given the unknown water contract allocations that will occur this year.”

Translated: Not interested in helping Californians south of Delta, whether they be farmers or urban water users because State and federal agencies have not made their full allocation announcements yet. Or, since the projects might get more water allocated in the future, I can prevent them from getting any more now and it will all work out.

More accurately, Mr. Howard is playing chicken with water supplies for a south of Delta agricultural sector that verges on being a grotesque play on the cartoon character Wimpy: “I’ll gladly pay you Tuesday, for the water I take from you today.”

Alas, under the current weather pattern California is suffering under, Tuesday may never come.

DWR and USBR agreed on a water supply plan for the conditions that exist right now. The water supply for the remainder of the year is contingent on weather, which is uncertain at the very least. Ultimately pumping reductions under this order will affect south of Delta wildlife refuges, urban users, including many disadvantaged communities, and farmers and could be about 2,000 acre-feet of lost water per day.

It is outrageous that one person with no special expertise in science or project operations can ignore the collective decision of FIVE State and federal agencies that have responsibilities for managing ecosystem resources.

Howard said the issue would be open for discussion at the SWRCB’s workshop on February 18, which is 14 days from now. Depending on the weather, about 38,000 acre-feet, or $38 million worth of water could be lost forever.

What will 38,000 acre-feet of water grow? Any of the following: (click to enlarge) 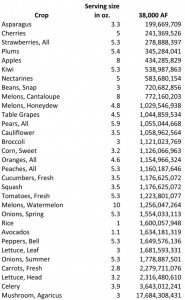