Imagine A Day Without Infrastructure

The area we know as modern-day California has gone through several significant renaissance periods throughout its history. From the expansion of the Spanish Missions northward in 1769 to the Gold Rush in the 1840s, California’s growth into the Golden State seemed inevitable. 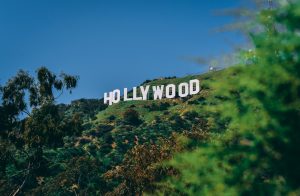 The birth of the Hollywood film industry occurred in 1910 with the production of the film, “In Old California,” and around the same time the state’s aerospace industry took off when the world’s second international aviation meet was held in Los Angeles. A quarter of a million people attended to see the latest in aviation technology, just seven short years after the Wright Brothers’ first flight at Kitty Hawk, North Carolina. Aviation got a second boost in the years leading up to World War II when countless aircraft emerged from Southern California factories to help fight the war. 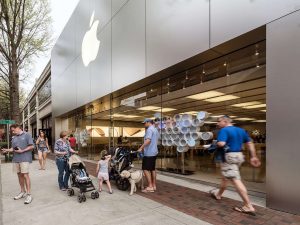 The tech industry got its start in the 1950s and 1960s as a result of the intersection between the San Francisco Bay Area’s scientific research universities, generous amounts of venture capital, and considerable defense spending by the U.S. government.

And California agriculture grew and evolved from dryland farming following the Gold Rush to become the world’s leading food-producing region, delivering hundreds of commodities to the state’s burgeoning population and beyond.

The thread that links all of this progress is infrastructure.

Oxford defines infrastructure as: the basic physical and organizational structures and facilities (e.g., buildings, roads, power supplies) needed for the operation of a society or enterprise.

What does it mean to imagine a day without infrastructure? First, it’s not like having a bridge disappear from beneath Wile E. Coyote and seeing him plunge into the canyon in his Acme automobile. 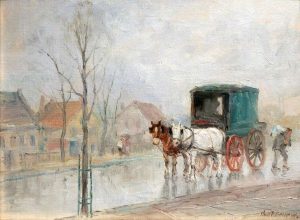 ‘The Iceman’ by Charles Paul Gruppé

Imagining a day without infrastructure is about pausing to reflect on all of the things that we depend on for a functioning society. We need roads to get to our jobs, to school, to take a vacation, enjoy a drive to the beach or mountains to experience more of what nature has to offer and also to have access to emergency services.

Imagining a day without infrastructure is thinking about the energy infrastructure we need to get by from day-to-day. Infrastructure delivers electricity or natural gas to heat and cool our homes, keep our food fresh and safe to eat, lighting our way in the dark, and facilitating the transition to clean, electric vehicles. 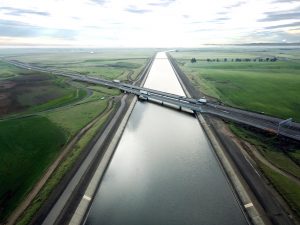 Imagining a day without infrastructure is also about considering our need to store and deliver adequate and dependable water supplies. We need clean drinking water. We need supplies for household purposes from washing our clothes and dishes to bathing and watering our yards to sustain a safe and welcoming place for our families and friends. It’s the assurance that when we turn on a tap, water is going to come out. It takes a dedicated effort to build and maintain the infrastructure needed to get it there reliably and affordably. 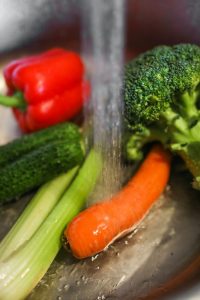 Infrastructure delivers the water needed to grow, wash, and cook our food

It is also about considering the need to deliver the water that grows the healthy food we depend on to feed our families. When managed effectively, California’s water supply infrastructure keeps our farms productive so most people don’t have to think about where their food comes from. It opens the door for people to pursue other careers, such as those in the medical field, as teachers, engineers, artists, movie-makers, and countless other jobs because they’re not directly engaged in the process of growing their own food.

Today, we benefit from prior State, federal, and local leaders who invested in the roads, bridges, water systems, and power supply needed to make California thrive. Ongoing investments are needed to keep what we already have operating reliably and efficiently. And new infrastructure spending is necessary to provide a foundation for the next generation or two, and to keep California competitive in a global marketplace.

That’s why we need leaders to step up like their predecessors did and make the investments that we all count on. California built transportation, energy and water infrastructure that is envied around the world. Now it’s time to repair what we have and also build new, more efficient and green infrastructure. If our leaders have the vision to fund our future infrastructure, we won’t have to imagine a day without it.