Groundwater overdraft is a fixable problem

Groundwater overdraft is a fixable problem

Overdraft. It’s the condition in which something is being removed faster than it’s being replaced. At a bank it’s when you’re spending more money than what you have in your account. In the water world it’s much the same thing. You’re taking more water, usually out of the ground, than what is being replenished. The newest tool being used today by water managers to reverse groundwater overdraft is the Sustainable Groundwater Management Act, or SGMA, and most agree that it’s going to cause a lot of pain in the coming years.

SGMA is here to stay but what if there was another tool that could be just as effective at reversing groundwater overdraft without the expected decline in the number of irrigated farms and our rural economy? There is. And it has a successful track record in California and worked under circumstances that were far worse than they are today.

What is it? Surface water. 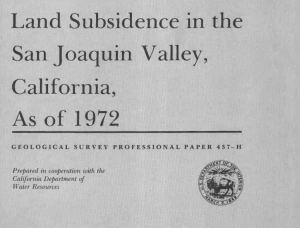 In 1966, according to a report goo.gl/4RjFF3 issued by the U.S. Geological Survey (USGS), groundwater pumping that year totaled 10 million acre-feet, a whopping 2/3 more than the groundwater pumped in 2015 during the worst of the drought goo.gl/hbbaho.

The report goes on to say that imported surface water supplies (from the State and federal projects) have largely replaced groundwater and that by 1973, after three decades of declining water levels, groundwater was recovering and returning to its pre subsidence levels.

Today there are a number of excellent surface water storage proposals under consideration for funding from Proposition 1, the State’s most recent water bond. A report mentioned during a water storage panel discussion at the recent Association of California Water Agencies (ACWA) Conference showed that on average there are 10 million acre-feet of surplus water available each year beyond water rights and regulatory demands. Ten million acre-feet. Every year.

Spent wisely, Proposition 1 funds can help deliver new surface water supplies to California’s most severely over drafted groundwater basins and achieve the same kind of successes that our past water leaders did, without destroying a million acres of farmland in the process.