A deep dive into the shallow end

California Magazine, the publication of the UC Berkeley Alumni Association, recently published an article by Glen Martin on California water issues. Titled, A Deep Dive Into California’s Recurring Drought Problem, the article contains a number of recommendations that, if implemented, would devastate large parts of California’s economy, without a significant improvement in California’s available water supply. 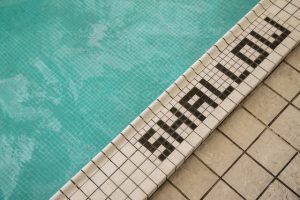 A generously quoted individual, Dr. Richard Walker, suggests a few things that may make sense in macro economics but fail to address the consequences of large-scale farmland retirement.

Walker may be an expert in geology, according to the article, but he seems to know little about agriculture and even less about the impacts of retiring vast swaths of productive farmland. He is quoted as saying that 9 million acres of impaired farmland are cultivated on the Westside. There aren’t 9 million acres currently irrigated in all of California. Furthermore, his glib assertion that retiring this supposedly “crappy” farmland would solve California’s water problems is not only ridiculous it fails to look at the costs of such a move. This so-called “crappy” land is the home of people who have farmed it for generations, growing the products that we all depend on. The Westside produces billions in food and fiber crops annually and much more in farm-related economic activity supporting local communities. Drought fallowing temporarily increased unemployment. Retiring farmland would have the same effect and it would be permanent. Rural counties depend on farm tax revenue for social services, law enforcement, and fire protection. Who pays for that when the farms are gone? And California’s Westside is an important source for winter vegetables that don’t grow in other parts of the country.  The ripple effect of Walker’s irresponsible claims would also affect consumers who buy those fresh fruits and vegetables at the grocery store. When we don’t grow something in California it might be grown overseas, often under working conditions or with chemicals that are illegal here.

Reducing people to just numbers on a spreadsheet is dangerous business. Before we jump on Walker’s bandwagon let’s make sure we have our facts straight and are willing to accept the consequences of these simplistic solutions to California’s water supply challenges.