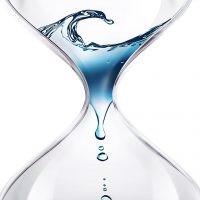 On Wednesday, the State Water Board will vote to redirect enough water in the system to irrigate over 200,000 acres of farmland or meet the annual domestic needs of 2 million people every year. If approved, this action will lead to one of the most preventable droughts California has ever faced.

Sadly, no one. The Board claims that withholding this water from the human population will help fish. However, they are basing their assumptions on outdated science.

Water districts and farmers working with conservationists, government agencies and others have spent millions in the past decades studying the ecosystems of our rivers and ways to make them healthier. The resulting science has revealed a more complete vision of the problem and a holistic approach to solving it. There is growing agreement among scientists that fish need more than water to survive and thrive. We need to restore habitat, increase food supply and decrease the number of predators.  In addition, we’ve learned that more important than the amount of water in the system is the timing of adding water to the system. These “functional flows” release water when, where and how it makes sense from a biological perspective.

Decades of following the water-only approach favored by the Board has had no effect – fish have continued to decline. And now, the benefits of moving away from exclusively focusing on the amount of water in the river and towards a more comprehensive approach have been documented and this strategy is now supported by our state’s most prominent water experts.

“Frankly, I think we have to get away from this notion of trying to do the math based on this much water for this many fish. That just doesn’t work. . . there is an argument that [more water] won’t make a significant enough difference unless you deal with all the other problems.”

“Simply increasing river flow represents a “sort of a scientific laziness related to the ‘fish-gotta-swim’ theory of environmental flows, like the more water you give them, the more of them there are going to be to swim.”

And Doug is correct – there are better ways. The Board’s own estimates say that the $100 million in annual community costs (local experts say the cost will be much more) will produce an additional 4,139 salmon.  That’s almost $25,000 per fish. Science shows us we can do better with less devastation.