There has been a lot of discussion recently about the federal rules known as biological opinions that are intended to protect threatened and endangered species in the San Francisco Bay-Delta region. According to the U.S. Fish and Wildlife Service, a biological opinion, “…is a document that states the opinion of the service whether or not a federal action is likely to jeopardize the continued existence of listed species in the destruction or adverse modification of critical habitat.”

We are nearing the end of 10 years of implementation of the biological opinions that were adopted in 2008 and 2009 and aimed but failed to lead to the recovery of Delta smelt and Chinook salmon. The U.S. Fish and Wildlife Service
and National Marine Fisheries Service, two agencies responsible for implementing the Endangered Species Act for different species, recently released updated versions of these biological opinions.

Some stakeholders claim that existing calendar-based regulatory structures, rather than the new, real-time monitoring proposed under the updated rules are more protective of species. By contrast, many other stakeholders see a way to improve the reliability of water deliveries while also making positive changes in the environment. Specifically, we believe the new set of biological opinions actually increases protections for listed species and will help fish populations start to recover, rather than continue to decline as they have during the decade we’ve spent basing decisions on a calendar instead of emerging science.

So how are the new biological opinions an improvement over the previous ones? Here are four ways that fish receive the same or better protection moving forward. 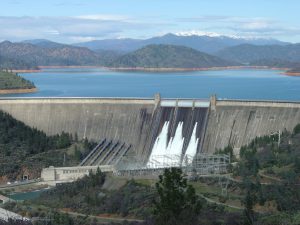 1. Increased cold-water pool at Shasta. The additional amount of cold water that will be stored behind Shasta Dam will be used to maintain healthy temperatures AND will be managed better in order to protect salmon spawning in the Sacramento River.

2. Pumping restrictions related to salvage at the pumps. The salvage (or “take”) target for reducing pumping will be the 10-year average that was achieved under the old biological opinions. Some groups point to the old versions as the Gold Standard. Operating the Central Valley Project under the new biological opinions will not take any more fish than were taken under the old, outdated, and less flexible rules. 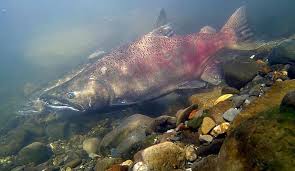 3. Investments in fisheries. Under the new biological opinions, $1.5 billion will be spent on fishery improvements. That includes investments in habitat, restored spawning grounds and side channels in rivers and streams that are important to the salmon life cycle. Net pens for smelt placed in the Yolo Bypass and various reaches of the Delta will help increase smelt populations from a current estimate of about 5,000 fish to a projected half a million by leveraging the existing captive population. This trend reversal is exciting and will be subject to annual reporting, a level of transparency that did not exist under the old rules. 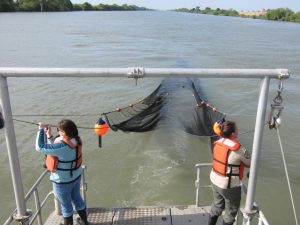 4. Real-time monitoring. Under the new rules, pumping restrictions would be based on real-time monitoring of where smelt and migrating salmon are in the Delta, rather than the seasonal prescriptions contained in the current regulations. When we know exactly where fish are it is much easier to make determinations for water project operations that deliver more water for people without any increased risk for fish.

Creating better habitat, improving stream flows, controlling predators, and protecting listed species from the pumps in the Delta can help turn the tide for California’s struggling fisheries. These improvements will translate into more flexibility for water operators, which is good for farms, homes, and businesses. It is the kind of success we have sought, but one that has been out of reach under the old biological opinions.