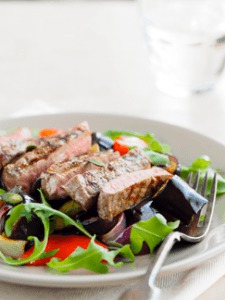 for the San Joaquin River, and the public comment period has opened.

That may seem obscure, far away and not worth the attention of Bay Area residents, but if you like having water come out of your tap and using it to wash fresh vegetables to serve your family, it affects you. The final plan will have wide-ranging impacts on the availability and quality of your water, as well as our ability to provide locally grown food instead of having to import more and more from places that do not have the same exacting food safety standards as California.

Before you move on to the sports section, consider a few facts:

California has rules governing how much water must stay in our rivers to benefit fish, versus being made available to people and farms. Those rules have not been updated since 1995.

We fully agree it’s time that state policy be updated. The existing, rigid and out-of-date rules rely solely on the amount of water left in the rivers to help fish populations. This has been the policy for the past 20 years and it has done absolutely nothing to slow or reverse the decline of endangered fish.

The good news is that scientific research tells us that alternatives exist that will help revive fisheries without the devastation caused by severe water supply cuts. The state’s own scientists have proposed numerous strategies to help revive struggling fish populations, and most are related to improvements in habitat and food production.

And these are not just studies. Locally driven projects have had success increasing fish populations by employing these tactics. This is important because state Department of Water Resources scientist Ted Sommer said recently that delta “smelt are starving to death.” More water won’t help that, but providing food and other habitat enhancements will.

In the scientific community, the tide is changing toward smarter, more holistic, science-based approaches.

And yet the state water board remains mired in the past. Rather than taking a fresh look at some of California’s most pressing water management issues, board staff hauled out the same failed strategy of sending more and more water out to sea — this time, enough to serve the household needs of 2 million Californians. The very definition of insanity is doing the same thing over and over and expecting a different result.

It’s not just farmers and scientists who say it’s time for a change. People throughout the state have written the board, asking that their voices be heard. Education officials are concerned about water supplies for schools, health officials are troubled by potential impacts on sanitation, Bay Area experts are alarmed by potential cuts to water supply, lost jobs and lost economic activity, and the list goes on and on.

State water board Chairwoman Felicia Marcus promised that the board would “be listening for people’s best thoughts and proposals.” We hope so. The voices of education officials, health departments, water officials, farmers, cities, counties and economic development officials have all spoken about the need to find a solution that works for everyone involved.

The state water board needs to hear from you. Tell it that a science-based approach that actually provides endangered fish with food and habitat is preferable to just pouring water on the problem. We all need to share our limited water supply, and it’s time we came together to pursue smart, balanced policies that benefit urban users, farmers and the environment.